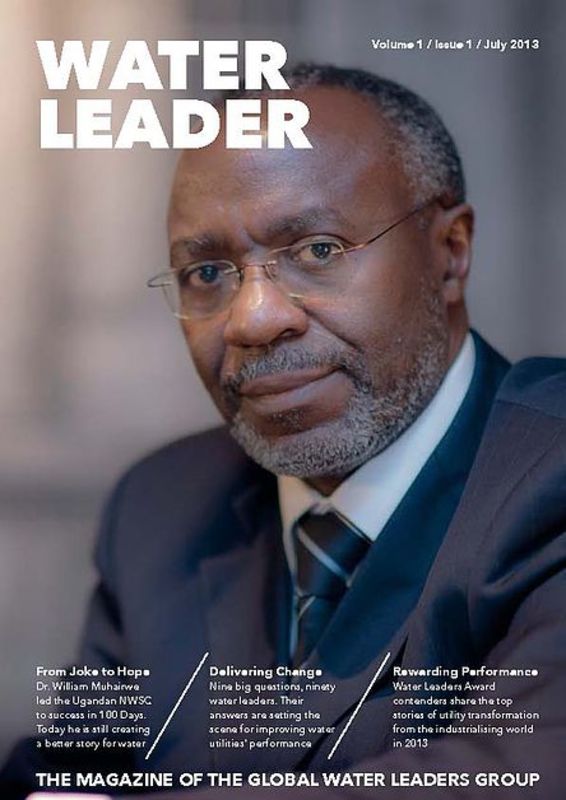 This issue features Dr. William Muhairwe on the cover - famed for his world class transformation of the the National Water and Sewerage Corporation (NWSC) of Uganda (detailed in the Feature Article below).

The Feature tells one of the greatest stories of utility transformation of our time. Facing dilapidated infrastructure, massive economic losses, demoralised staff and embedded organisational non-transparency, the NWSC was on the brink of collapse. Dr. Muhairwe took drastic steps to reform the ailing utility and developed the iconic 100 days transformation process, which since has proven itself time and time again throughout Africa. Join the journey and find out how the reforms were implemented, and how the staff and community responded. 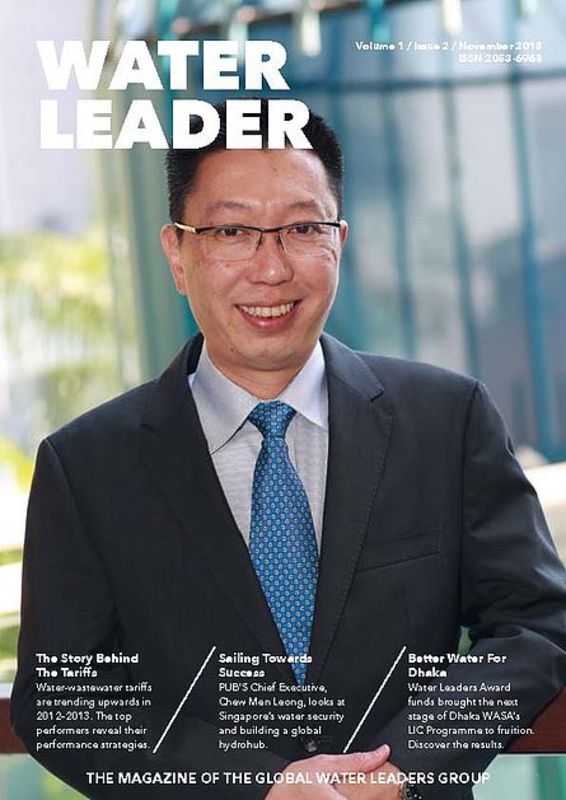 The Cover: This issue features Chew Men Leong, CEO of the Public Utilities Board (PUB) of Singapore, on the cover. PUB Singapore has led the world in reinventing the water utility, redefining water security, community engagement and industrial development. Global Water Leaders Group Chairman, Christopher Gasson, spoke with Mr. Chew about the importance and future of leadership in the water sector. The Global Water Leaders Group also joined with PUB for the SIWW Water Utilities Leaders Forum. This issue reports on reflections of the Chairpeople from the sessions, and how their visions and opinions had developed after the meeting.

Featured Article: The Feature focuses on global trends in water traiffs/rates. Water and wastewater tariffs were trending upwards in 2012–2013 to fill the budget gaps faced by utilities in the economic recovery and the ever-looming infrastructure deficit. Some utilities are having more success than others. What are their strategies for increasing rates and what will it mean for the utility’s role in sustainability, social welfare and trade-offs with other water users? 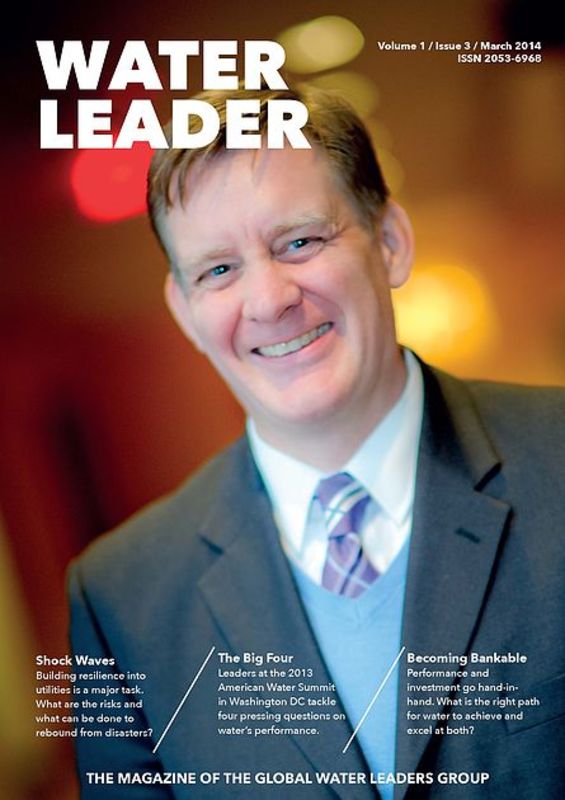 The Cover: This issue features Carter Strickland, Commissioner of the New York Department of Environmental Protection (DEP), on the cover. His utility is in the Feature article for its resilience in the wake of Superstorm "Sandy," during which the DEP maintained full water service!

Featured Article: The Feature focuses on utility resilience in the crucial third year of recovery from natural disasters - widely thought to be the most testing year of the full recovery process. When disaster strikes, cities must respond rapidly and decisively. Utilities must take the lead in repairing urban centres so life can continue. These are the stories of the utilities which have experienced the shock waves of natural disaster - droughts, superstorms and earthquakes - and survived to serve their communities another day.